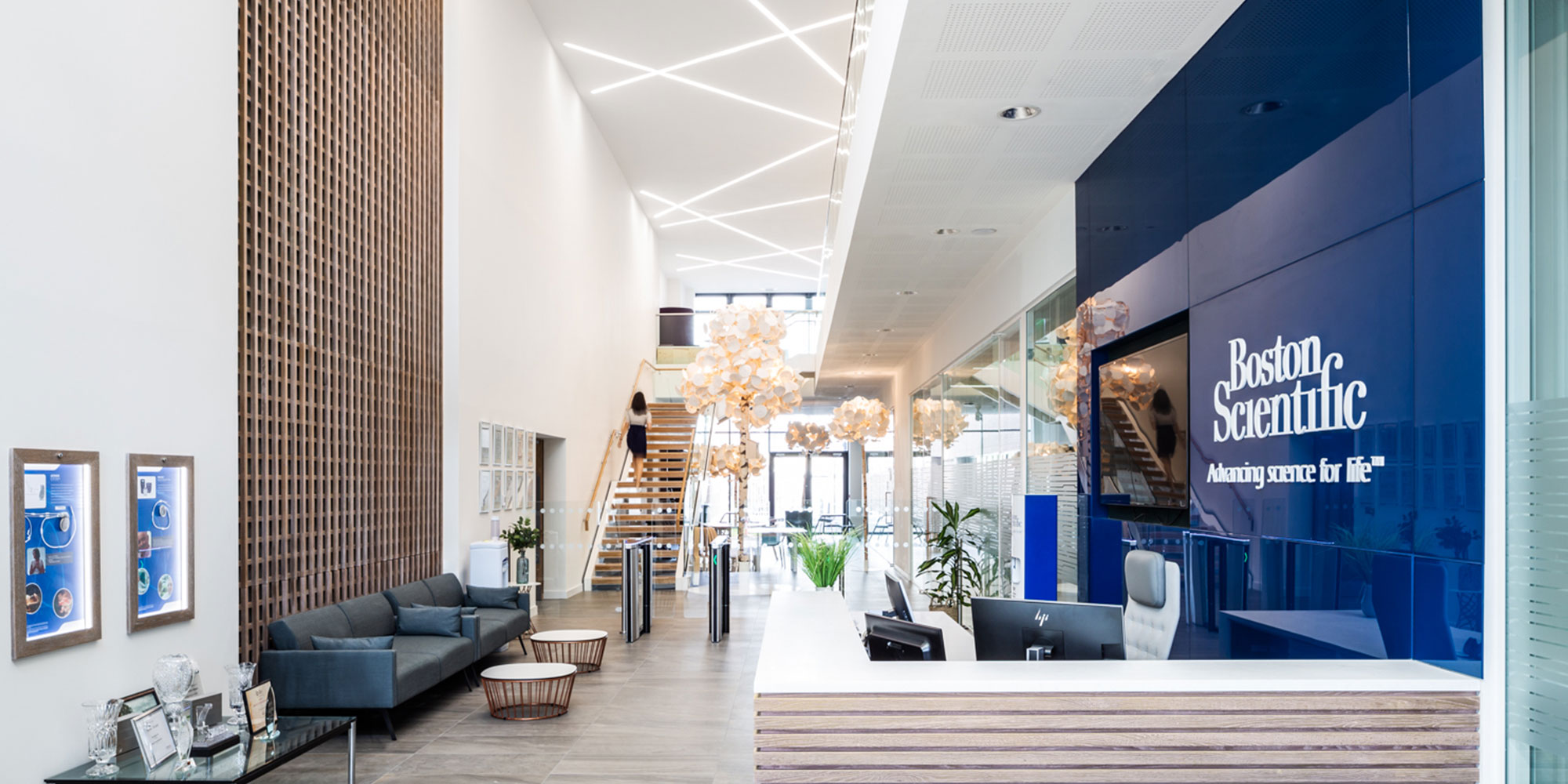 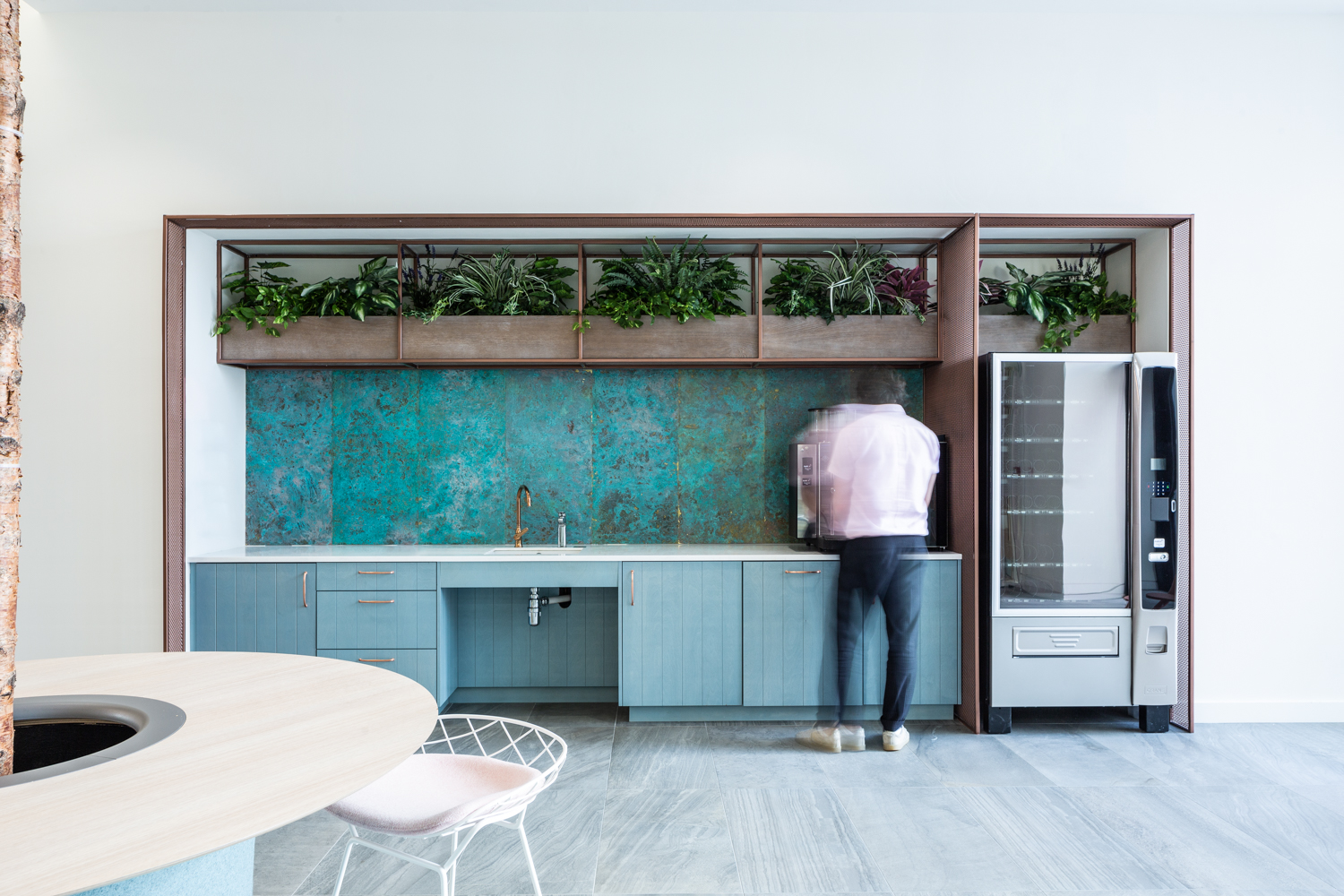 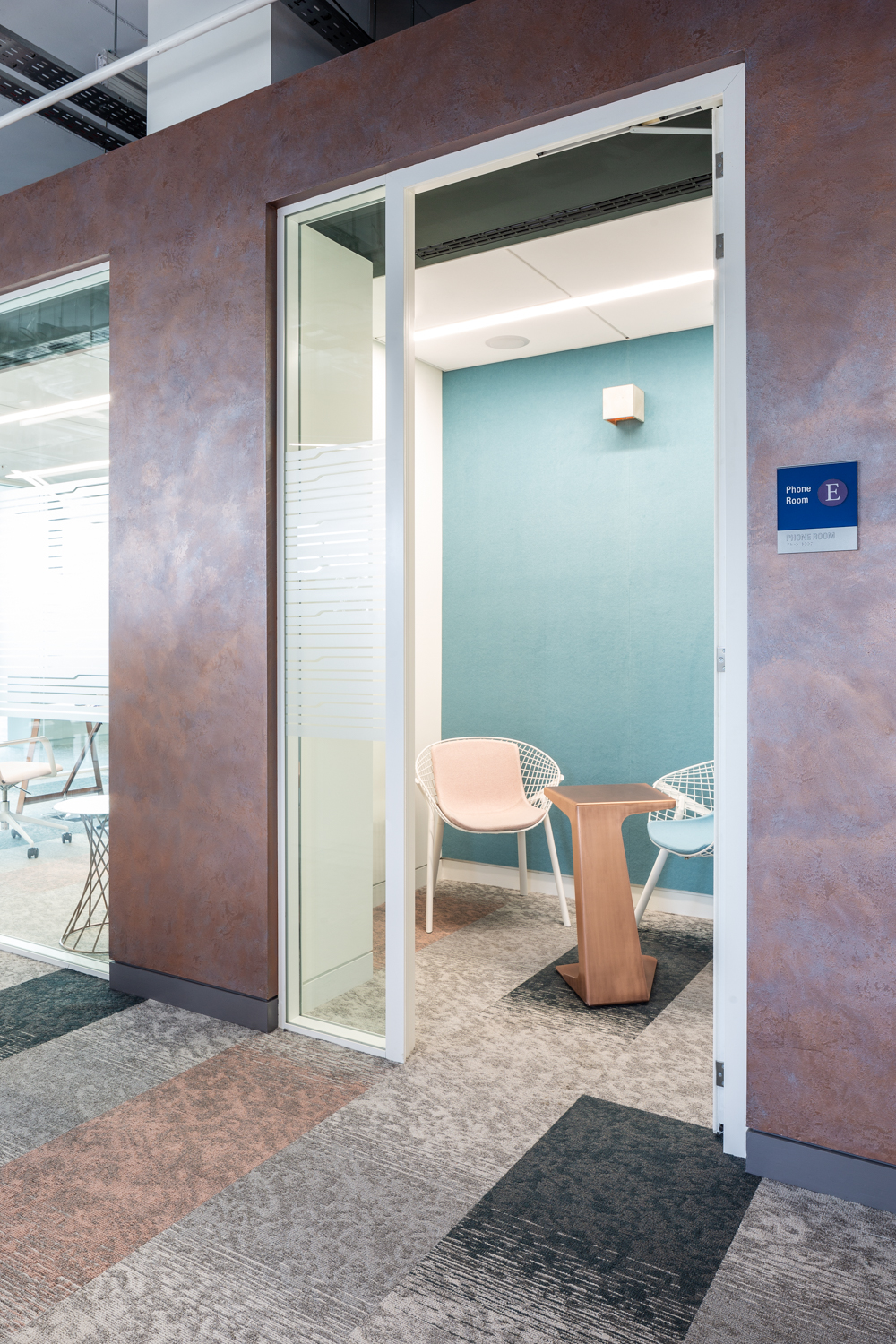 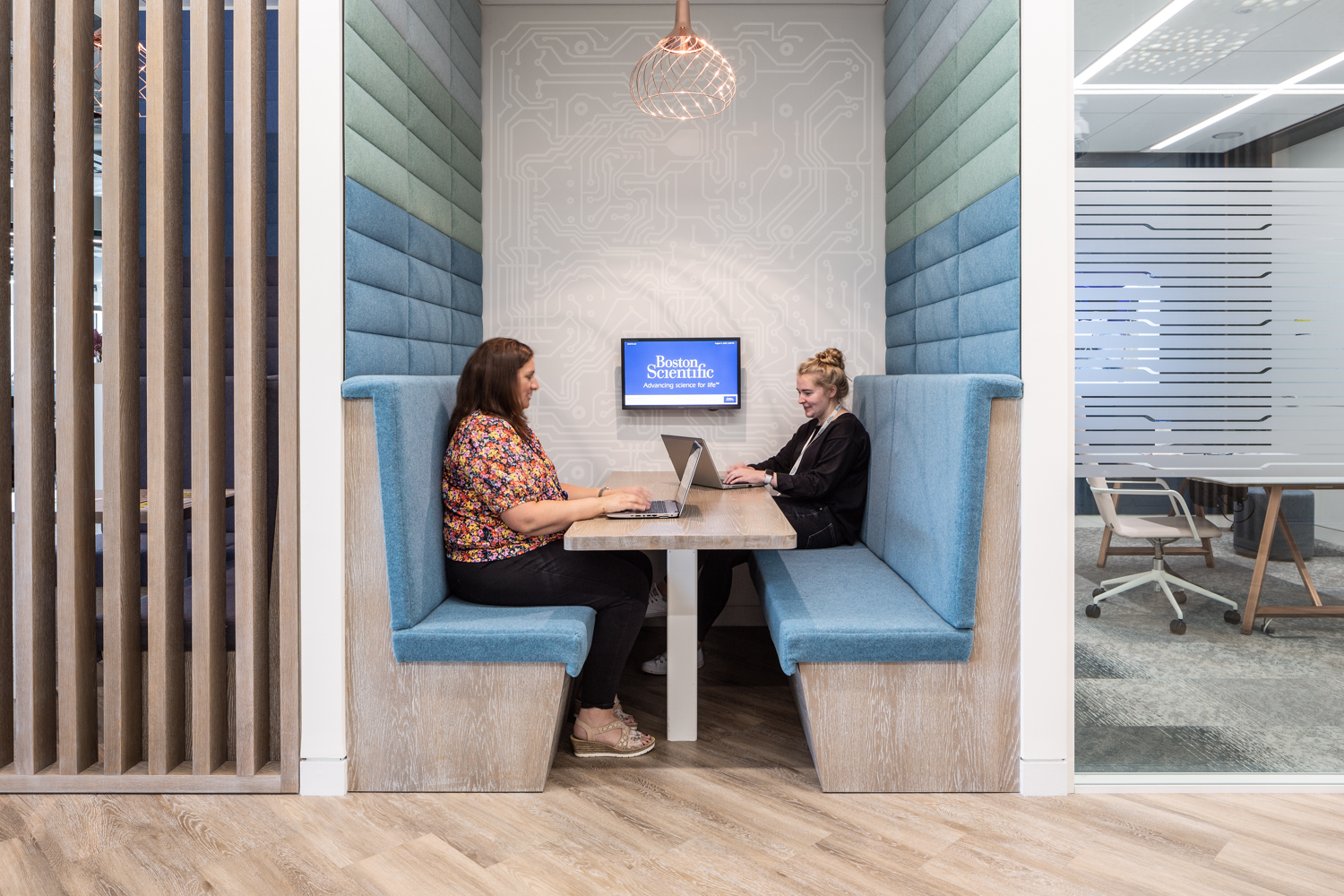 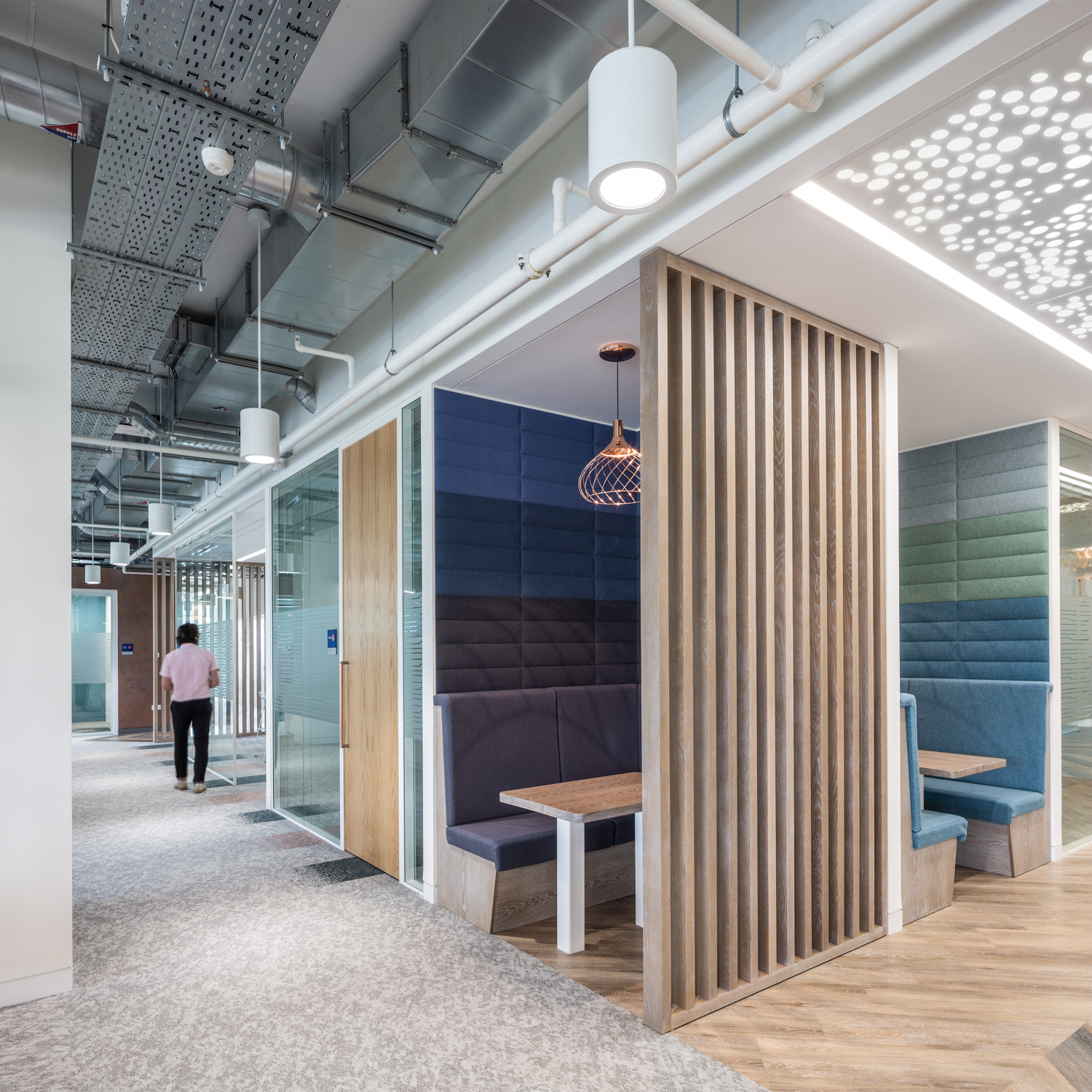 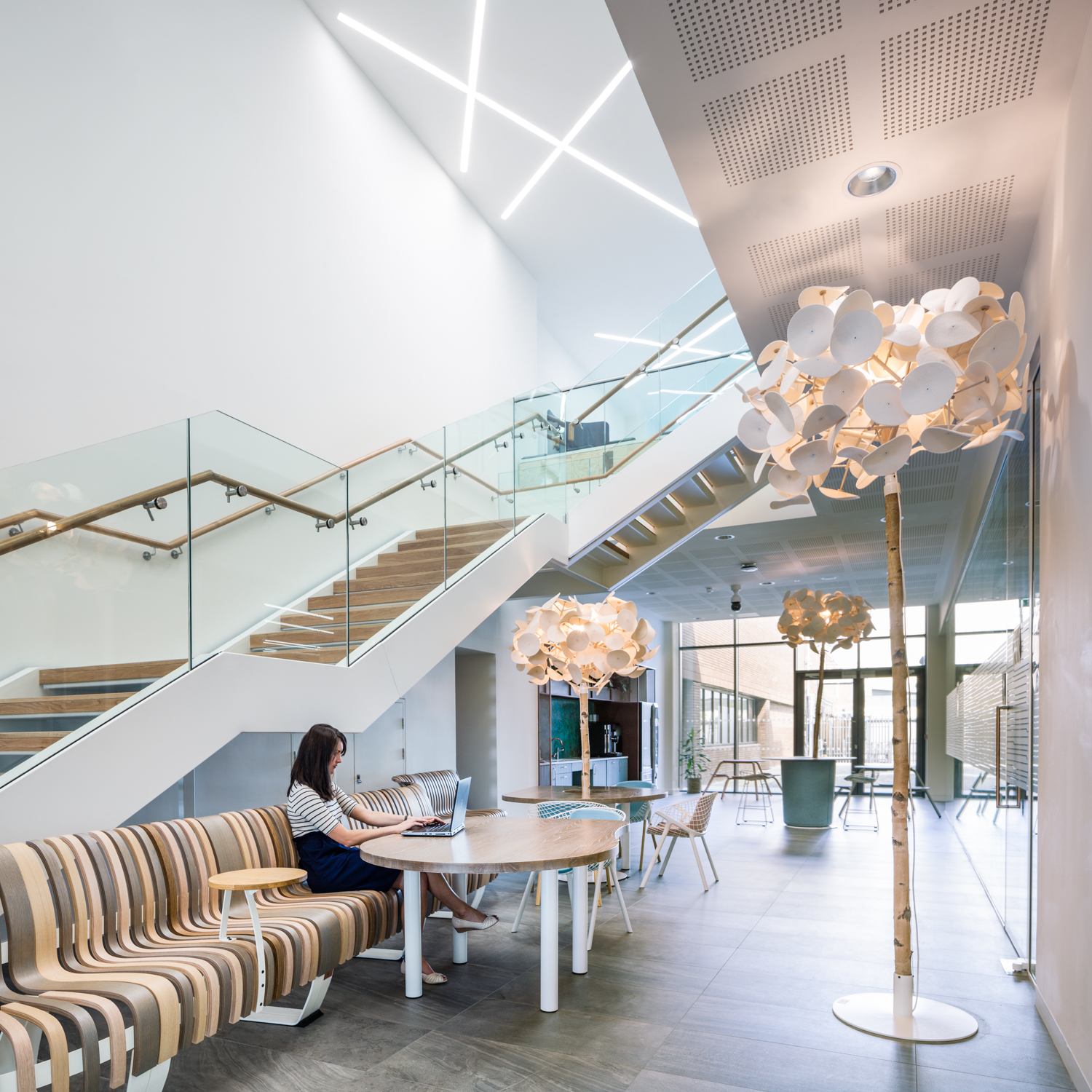 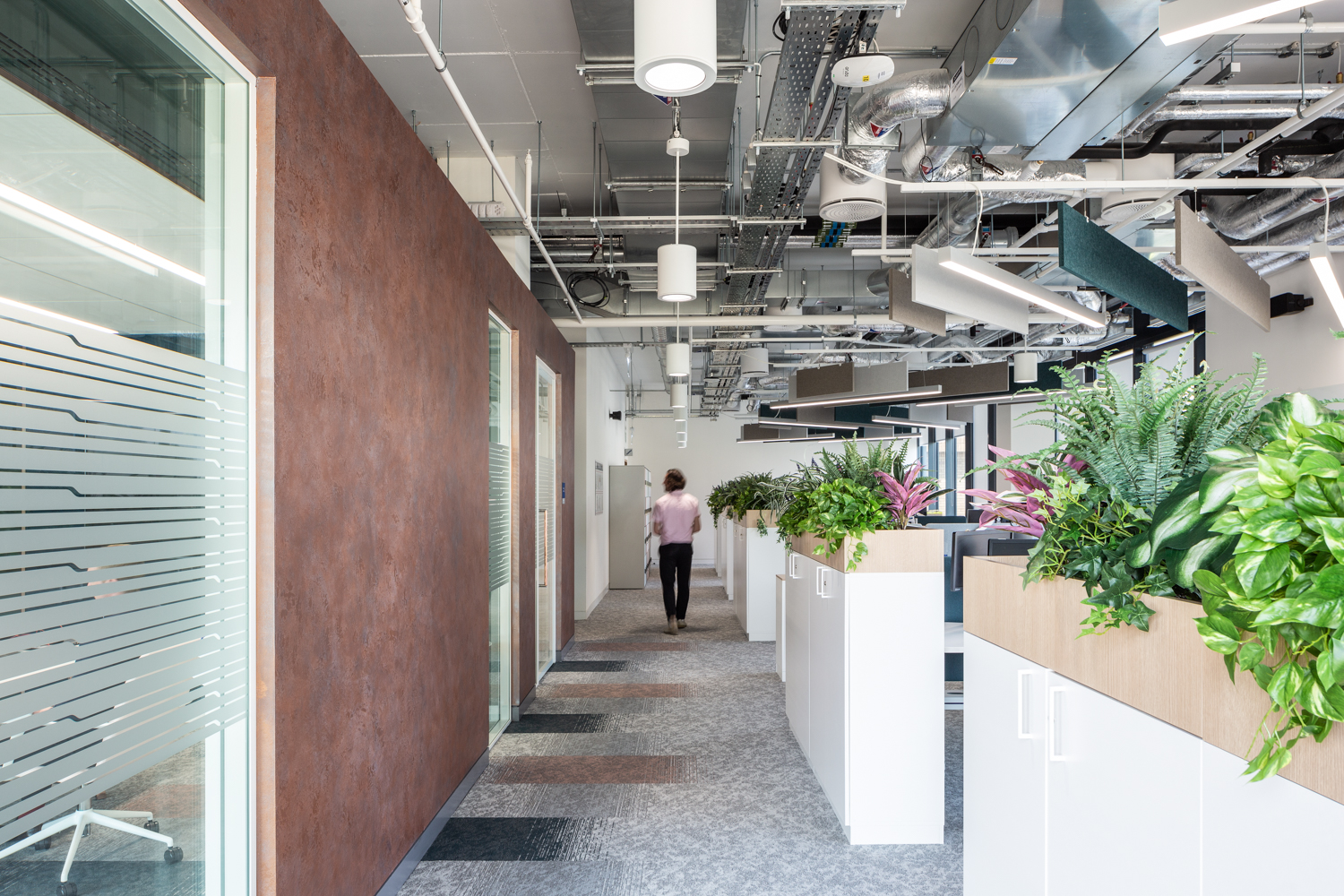 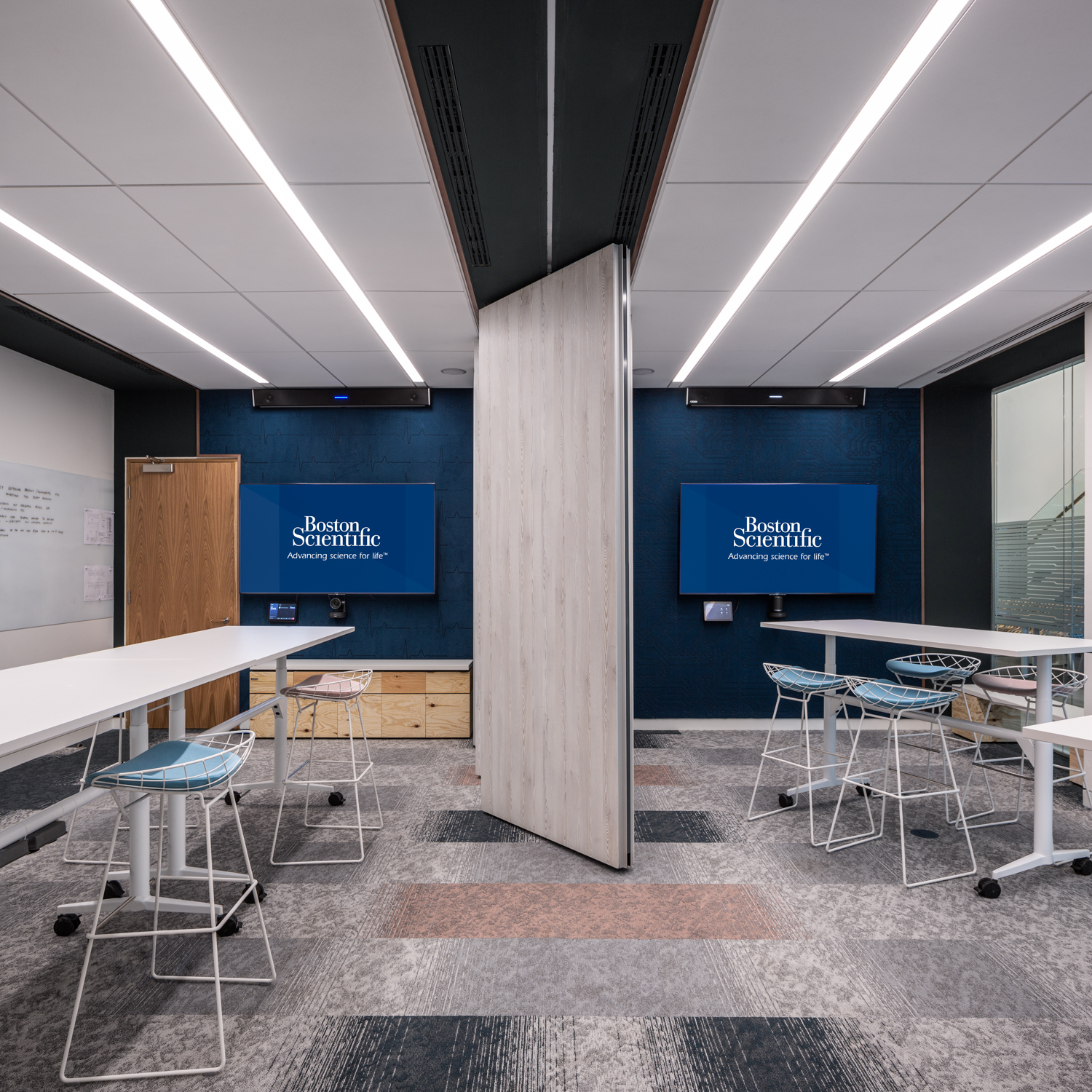 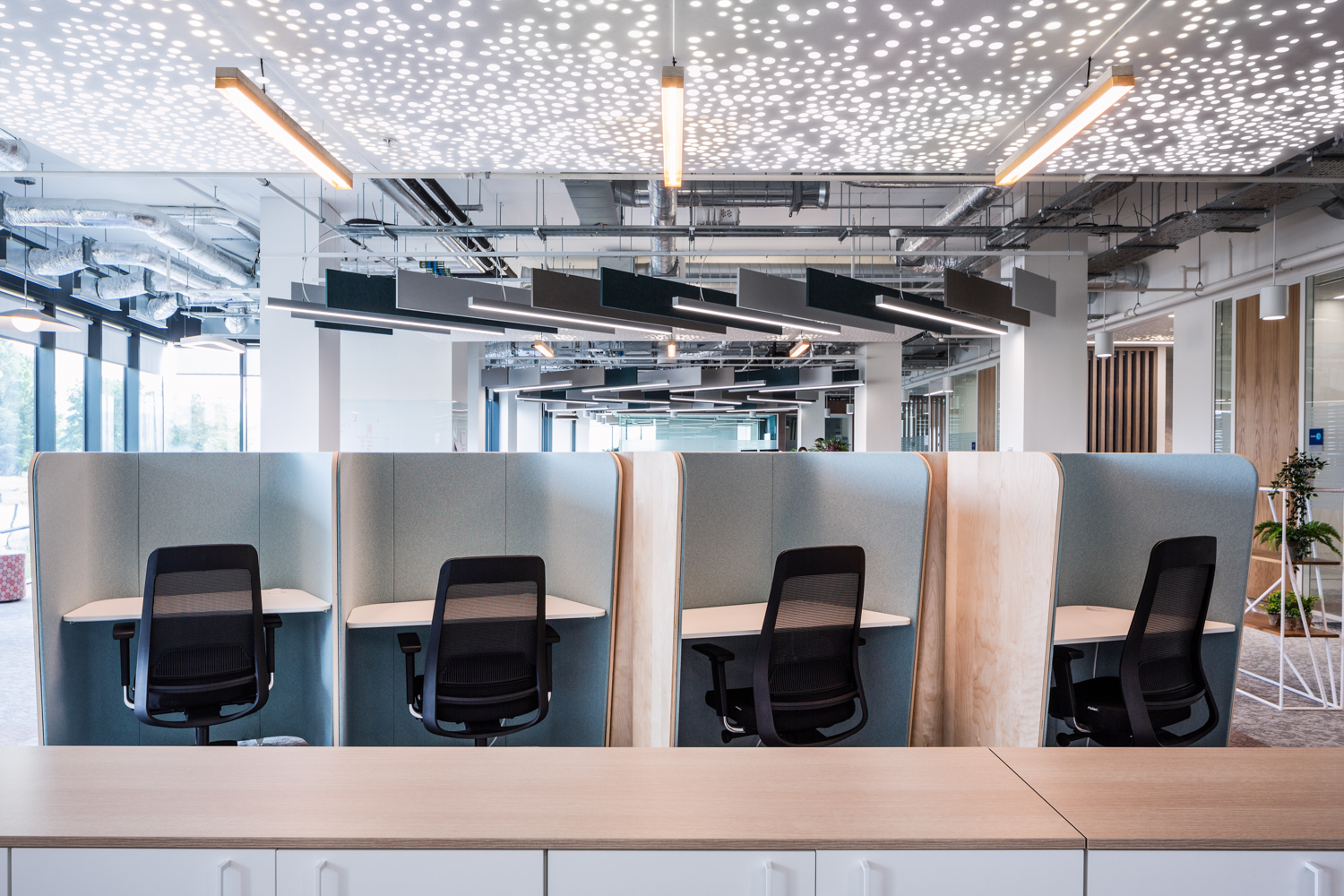 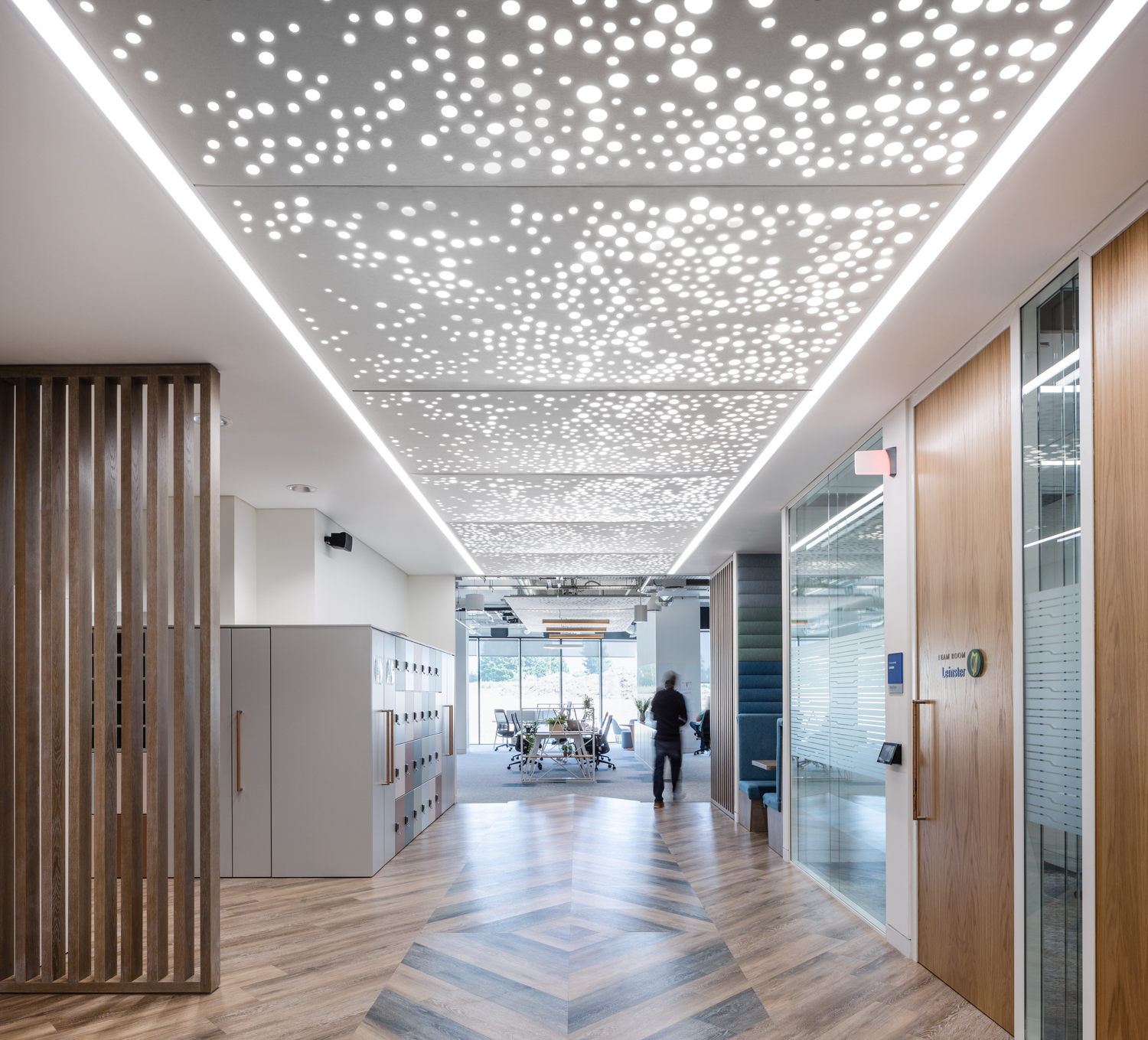 By seamlessly blending strategy and design, Boston Scientific gained a collaborative, agile space in a new extension for their growing teams.

We were asked to fit out the ground floor of a new building extension containing a new double height atrium area that links the old and new building to house a reception, waiting area and central social space.

Workspace areas needed to include open plan desks, meeting rooms and collaboration spaces in neighbourhoods, as per the global design guidelines we created and have been implementing for Boston Scientific worldwide.
The project was an opportunity to introduce agile working to a team that previously worked in traditional cubed desking. There was a big emphasis on making the space impressive enough to attract and retain talent, as well as increase sustainability, and the space has become a LEED certified project in doing so.

To select which departments would occupy the space, focus groups helped us learn who would benefit most from being together in the extension versus those to remain in the original building. We carried out stakeholder interviews, end user workshops, staff surveys and space utilisation studies making sure all teams were involved, nearly 300 people, before presenting our proposal to the client.

The staff occupying the space needed acoustics to be prioritised for confidential conversations. Felt walls, suspended acoustic baffles over workstations and a white noise system helped to promote focus and privacy. In the atrium, acoustic trees lamps act as a decorative feature and minimises echo and noise within the double-height space.

Using full methodology, our intelligent solution resulting in an open, flexible and collaborative space that the Boston Scientific team can enjoy and feel more connected, inspired and productive. 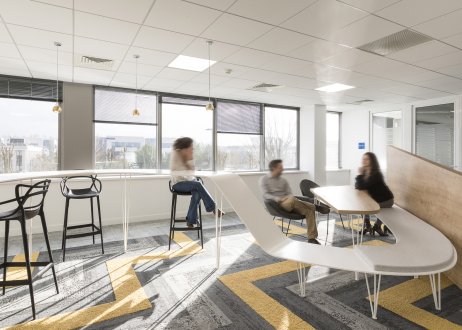 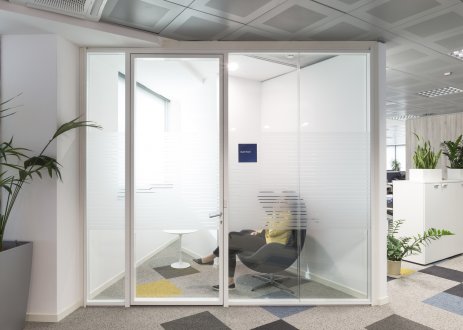 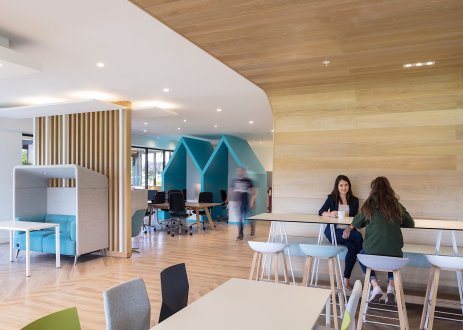