The Interior Design Excellence Awards (IDEA) is Australia’s largest and most successful independent design awards program. Launched by inside magazine in 2003, the program celebrates the best of Australian interior and product design across 11 categories and five Special Awards.

The design of Unispace's Melbourne Studio has been shortlisted in the category: Workplaces under 1000 sqm.

All shortlisted projects are published in a special edition of inside magazine and appear on the IDEA website.

Winners and commendations will be announced at the IDEA Gala Party in Sydney on 18 November 2016.

BNZ and Suncorp shortlisted at the New Zealand Best Awards

The finalists for the 2018 Designers Institute of New...
Insider

We are delighted to announce the appointment of...
Insider 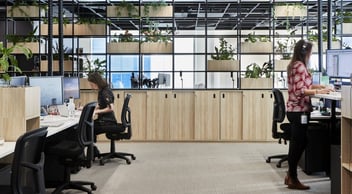