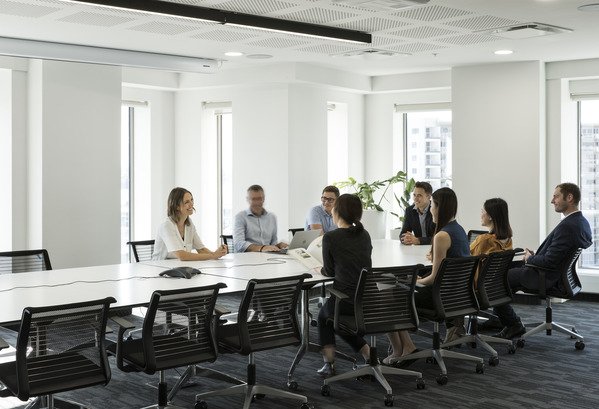 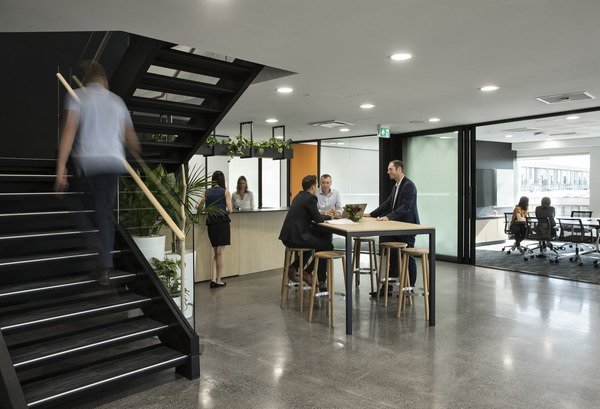 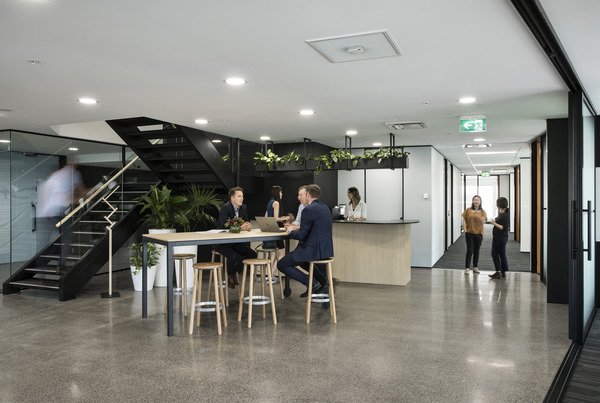 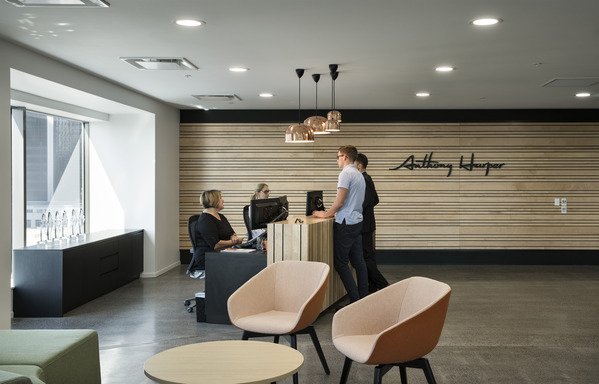 When leading commercial law firm, Anthony Harper had outgrown their Auckland office, they commissioned Unispace to extend and transform their space, to take over an additional level within their existing building.
They wanted to integrate their teams, promote cohesion and community and represent their brand within the new space.

As a progressive law firm with a modern culture, they asked us to develop their existing semi-enclosed offices with a more open plan approach. We reconfigured the space to integrate teams by removing the siloed partitions. The new space is open plan with teams clustered together to promote a sense of community. We worked closely with the team to educate them on new ways of working. While some senior executives remained within their semi-enclosed office, this number was significantly reduced with many opting to sit with their teams in the open plan workspace.

We introduced new zones around the core of the building. Focus zones include huddle rooms, booth seating and quiet rooms, while collaborative working is encouraged through the breakout space with high bench
style seating for open informal meetings.

A major feature of the new space is an interconnecting central staircase, creating energy between the two floors; increasing connectivity and bringing staff directly to the social areas. The boardroom and front of house areas have a high-end, polished look and finish. Positioned adjacent to one another, they are flexible spaces with stacking doors, that can open for client functions and presentations supported by integrated technology.

Anthony Harper is proud of their culture and they wanted to reflect this and build brand awareness through their workplace. We injected pops of the orange brand colour complemented by muted grey, green and yellow tones around the breakout and core, to distinguish spaces and deliver the colour and fun they wanted. 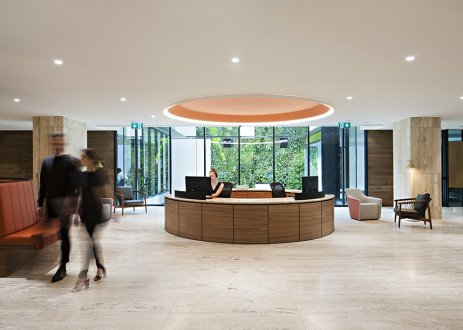 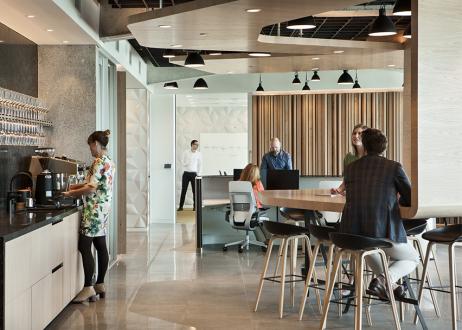 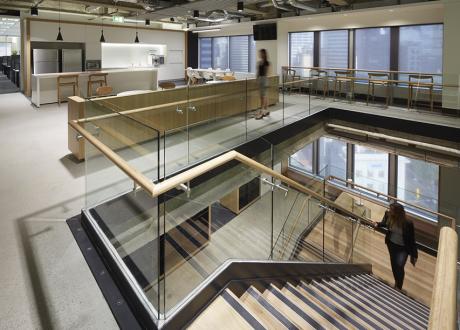 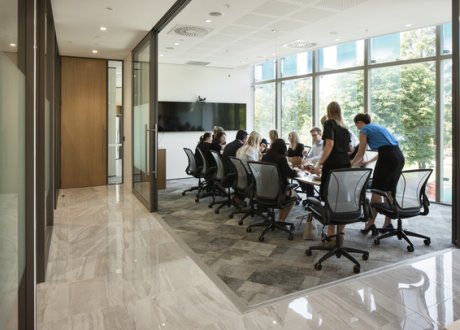