The historic port of Galway, a gateway into Ireland and the European continent beyond, sets the scene for Diligent’s new European headquarters.

A transatlantic connection
Occupying six floors of an eight-storey building, Diligent moved their European headquarters to Galway to better position them for the future. Overlooking Galway Bay, the next stop across the Atlantic Ocean is New York, connecting Diligent with their US headquarters.

The space assumes the role of a transatlantic beacon, romantically looking out to sea in the knowledge that a familiar face looks back towards Ireland on the other side of the Atlantic.

A nautical nod
Unispace designers drew inspiration from the landscapes of Bonham Quay: the wild seascape of the Atlantic coast, the nautical, maritime lifestyle of the City of Galway, the man-made and the natural combine to create a space that is an interior reflection of the outward, coastal landscape.

Shape and form is influenced by the geometric and triangular features of maritime signal flags, boats, yachts and ships that sail in and out of the harbour, in addition to the shape and movement of waves and seagulls; all are features of the external location that are creatively re-imagined within the interior of Diligent’s new workspace.

Strategically, therefore, the new workspace would be one that facilitates a very fluid approach to work that is far from static, consisting of different workspace zones to and from which Diligent’s team members can ebb and flow in a natural manner, mirroring the embarkation and docking of ships, as individuals chose to set sail for work in the office or hold anchor at dock and work from home.

Hospitality in the workplace
At first floor level, Unispace designed an executive suite of spaces, consisting of a welcome / reception area with pantry, meeting rooms, an adjustable town hall area and collaboration spaces.

The design blends hospitality and workspace with social spaces for presentations and pitches, all of which are customisable due to bespoke joinery and folding walls. The resulting space is organic and adapts to the day’s needs and requirements of the occupants; a space in constant flux and motion mirroring the tides and passage of maritime vessels.

With such a large floorplate to consider, the design teams tactfully created neighbourhoods that divided the floorplate into specific, working zones designated for either focus or collaborative working, in addition to the creation of social spaces for networking and celebration.

Ceiling features
A key element of the design was the integration of suspended ceilings, angular in form and dual-purposed, adding both aesthetic value and enhancing acoustic qualities within the space. Components making up the ceiling are coloured grey and red, Diligent’s brand colours, which reinforces a sense of brand identity and fosters belonging within the space. In order to ensure the creation of an ambiance in line with the design vision, it was first of all necessary to paint all of the structural ceiling black to darken the space and produce an effective contrast against the lighting installations that would follow during the latter stages of the build.

High quality design
A considerable portion of the project spend was directed to the incorporation of high-quality furniture, fixtures, fittings and joinery. Choices were considered and drew inspiration from the harbour opposite the Quay campus to reinforce the angular and nautical theme that ties the suite of spaces together. Timber shelves and lockers (reminiscent of driftwood and traditional ship building materials) equip the space with storage, while simultaneously contributing to the zoning of the space. 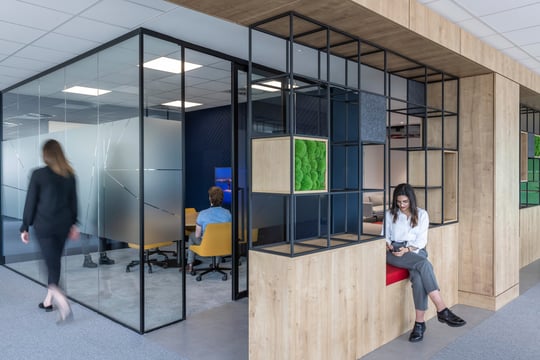 Diligent’s building is accredited LEED Gold and WELL Gold as part of a One Planet Living building. This means they strive for sustainability from the inside out, through energy use and cycle schemes.They even house bee hives on the roof to sell honey to the local community. 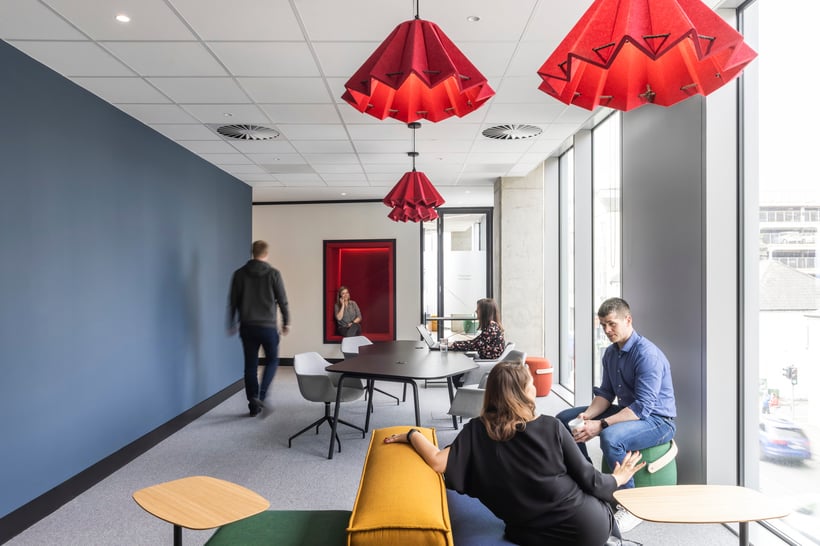 Lighting was highlighted as a key feature of the project with different lighting of differing lumens (brightness) to create a range of atmospheres to enhance zoning, reinforce designated zone activities and produce an intimate and comfortable space to which both team members and colleagues will want to return time and time again. 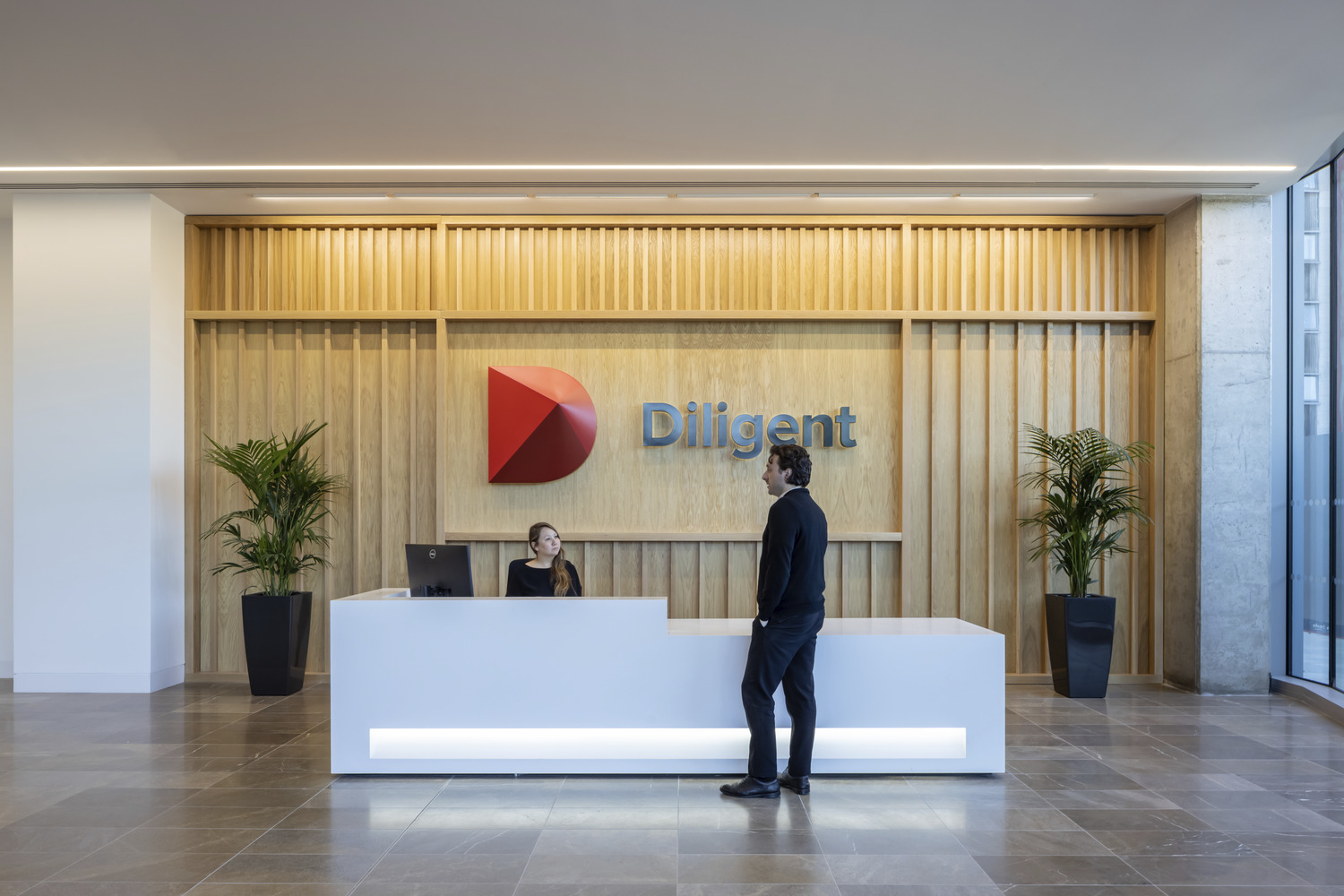 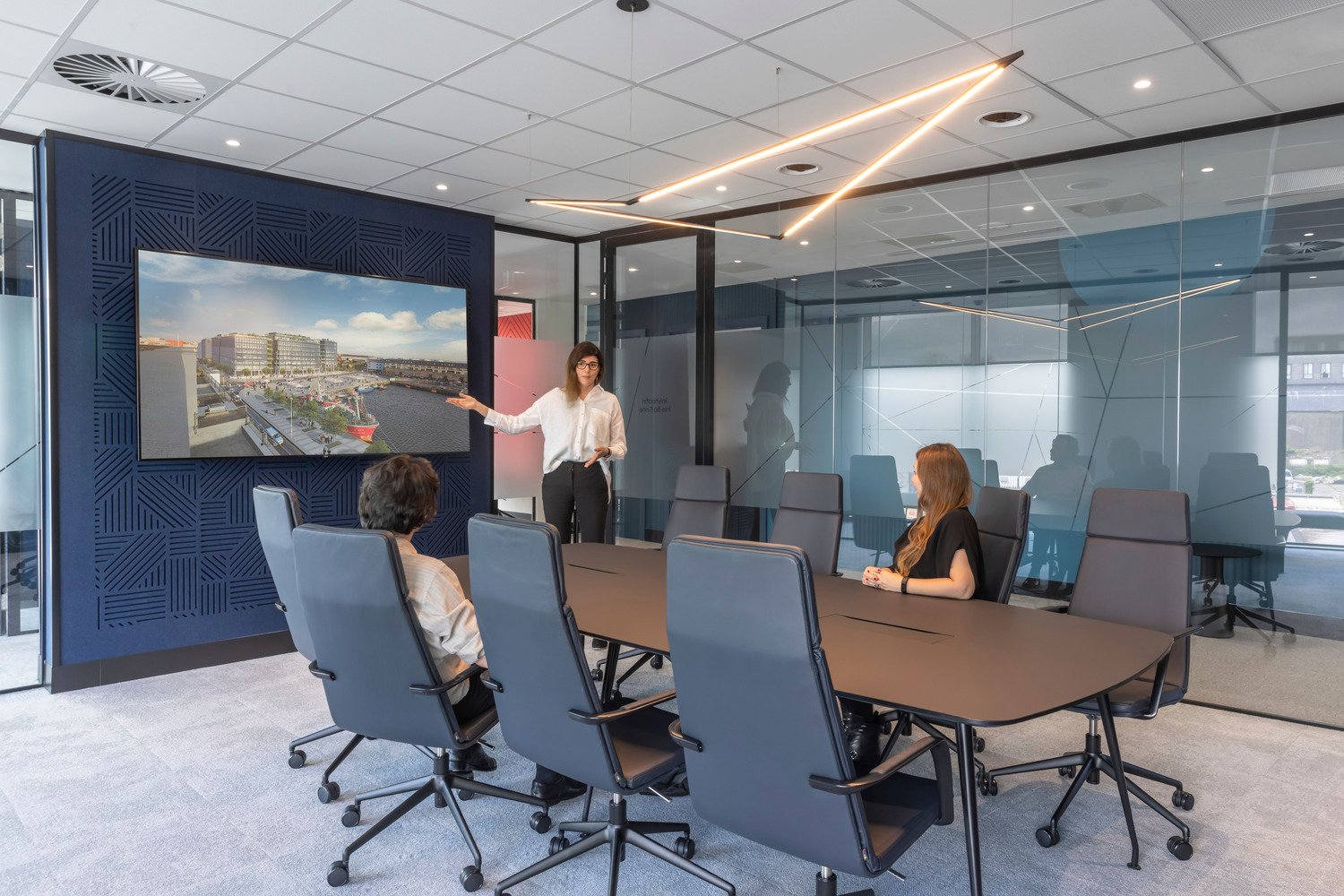 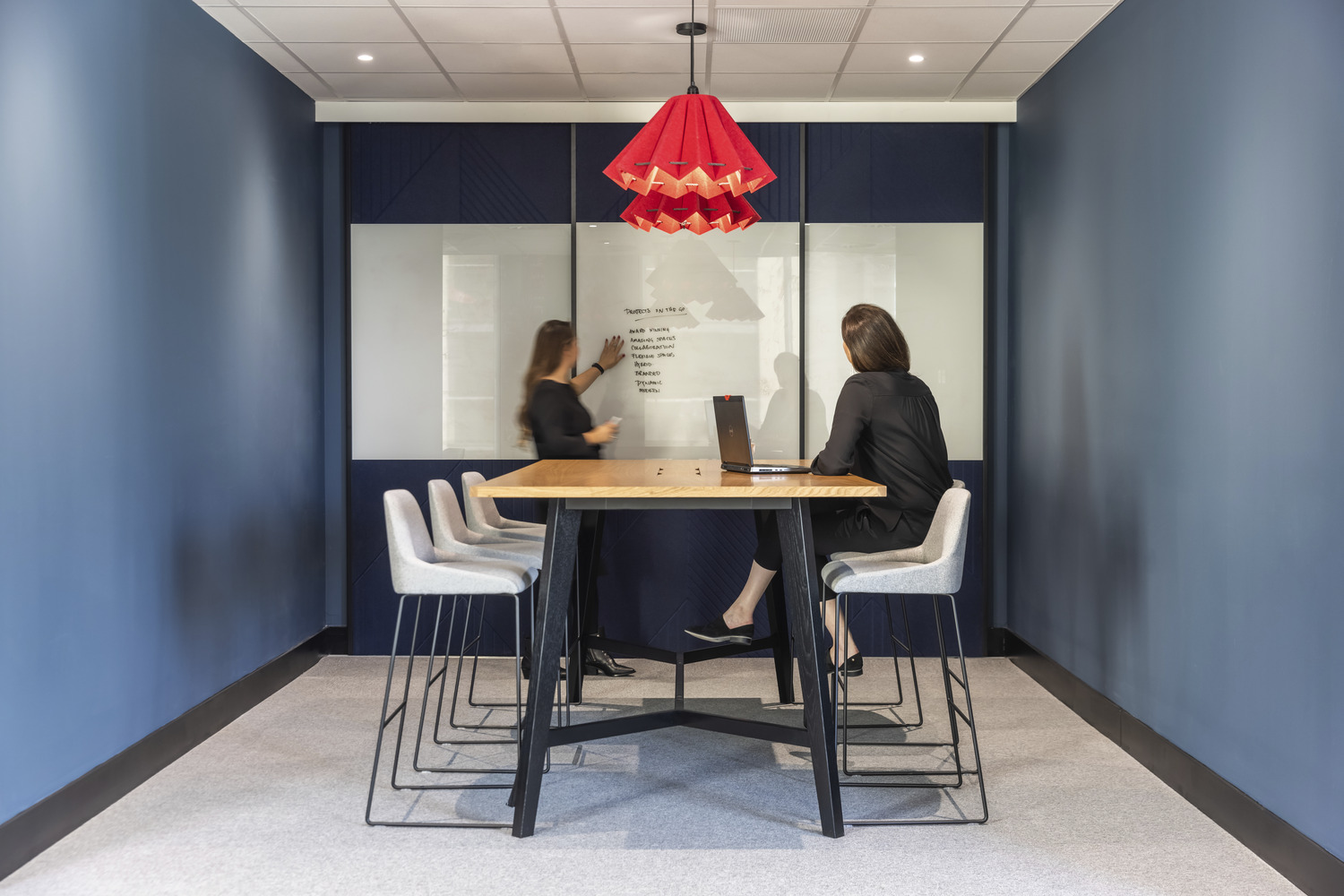 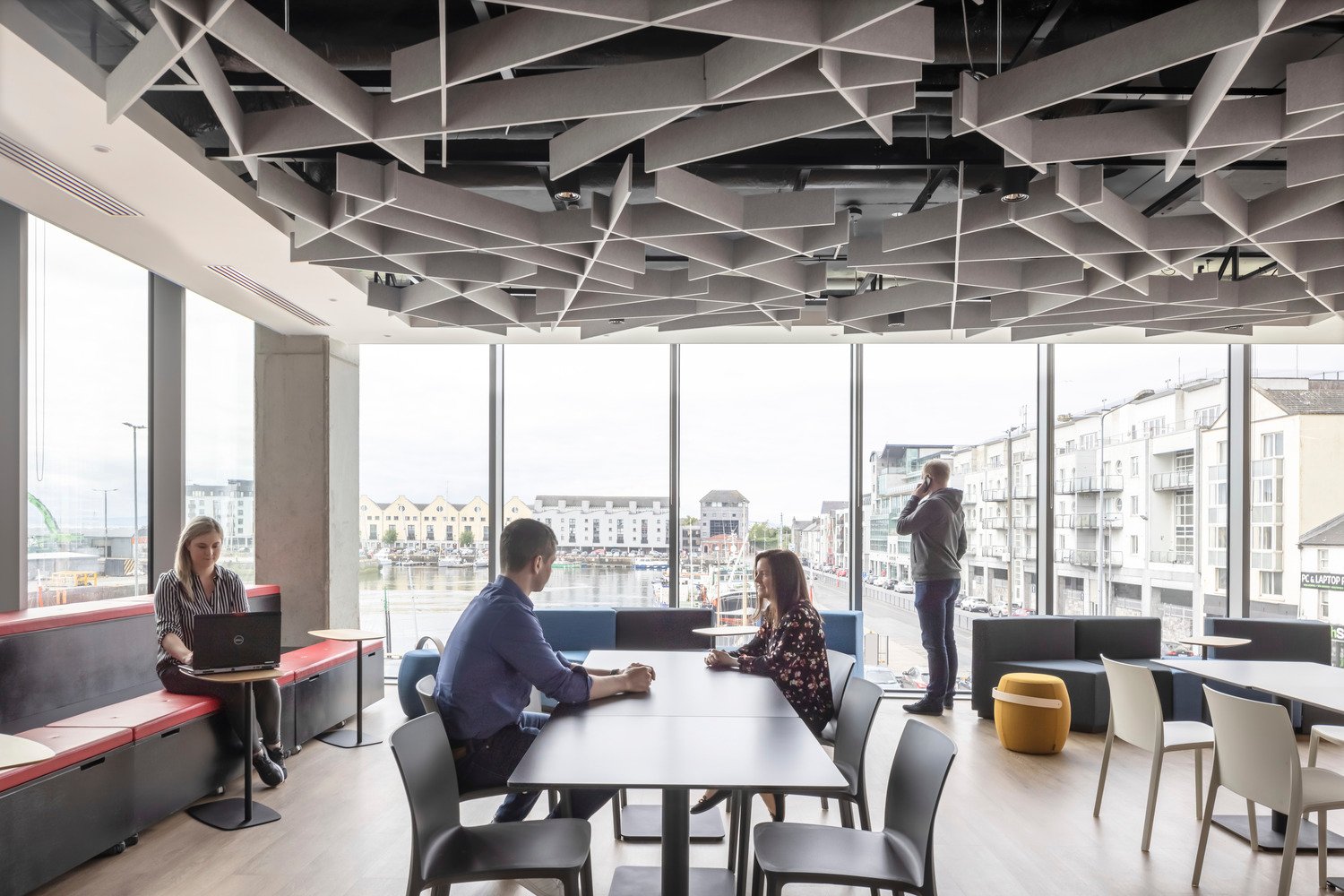 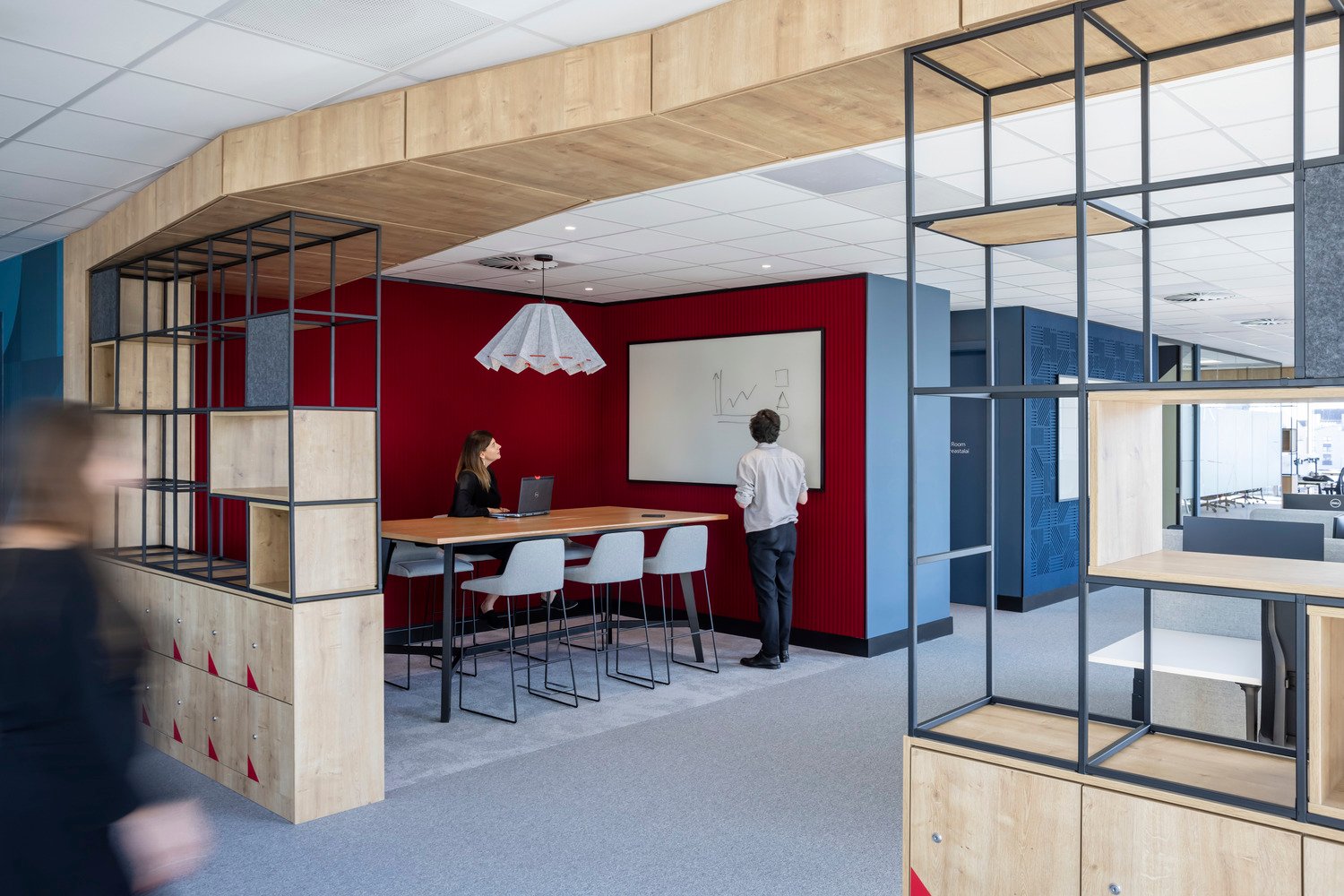 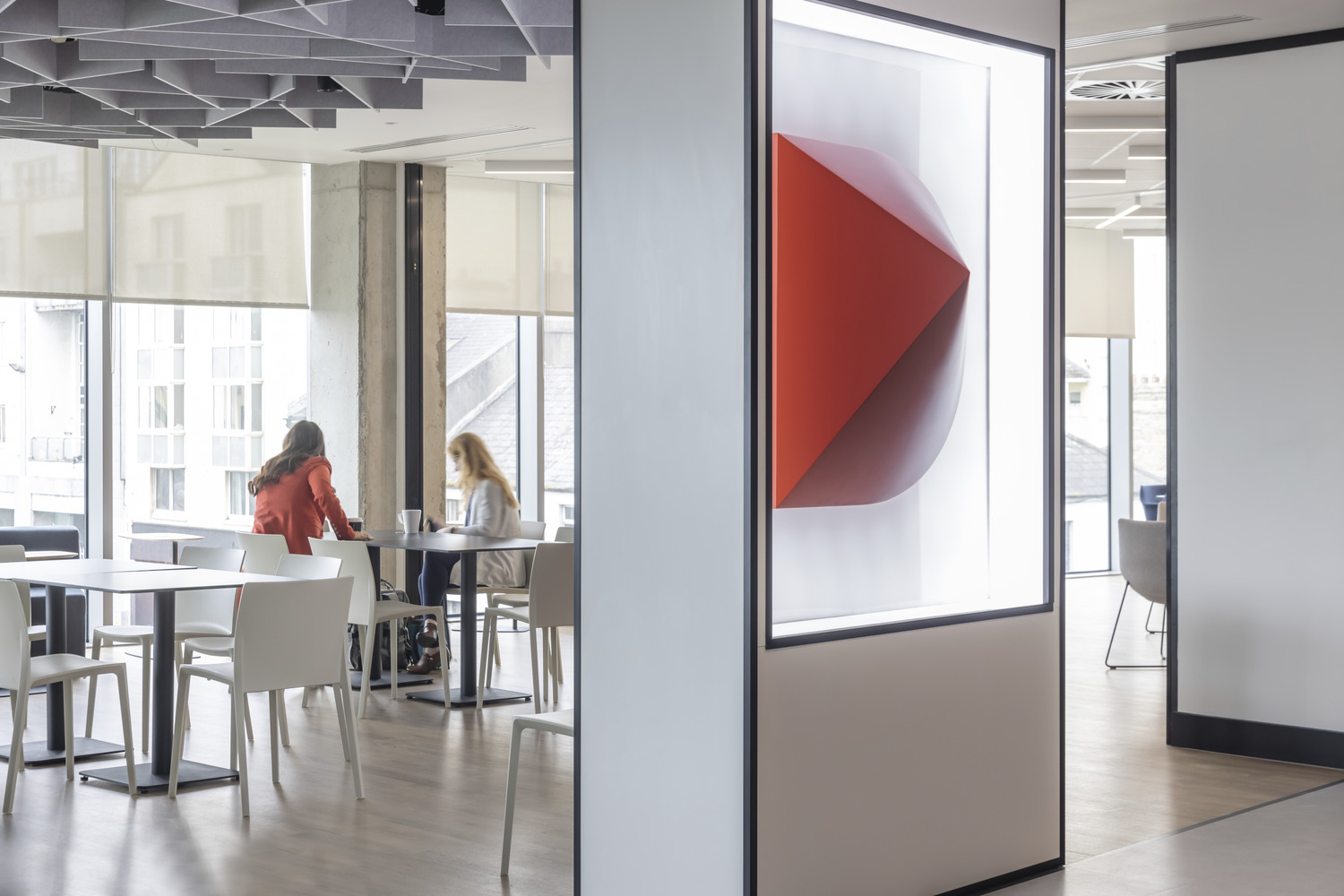 Reach out to us to get more information