Consolidating into a multi-faceted head and Auckland regional office facility, HEB Construction’s workplace transformation has resulted in a far greater workplace change than ever imagined.

Unispace began working with HEB Construction two years prior to their final move-in date. At this point, HEB had the choice of either refurbishing their existing premises, or moving to a new building. A cost analysis and prototyping was undertaken by the Unispace team and it was determined that relocating would be more cost effective overall.

HEB’s transition to their new workplace is one of the biggest change pieces we’ve seen. The team has moved from isolated cellular offices and site cabins, to a fit-for-purpose shared, open single site, and to fully agile working. Initially, HEB’s leadership team elected to stage the agile transition, however during the strategy/design process decided that fully unassigned desking was the way forward for their team; viewing the move as a better way to connect employees, and to futureproof their new premises for growth.

The Transit Impact Analysis showed that the new location was a further commute for many employees. As such the design solution has provided a high standard of end-of-trip facility to support work-life balance. With flexible working hours introduced, a fully equipped gym, showers and lockers have all been included alongside new types of worksettings, breakout spaces, the warehouse and cafe facilities.

Considerable upgrade of the basebuilding was required simultaneously to the design of the interior. The integrated Unispace design/delivery team influenced many long-term cost-saving interior architecture and design features on HEB’s behalf. Including, revealing the feature pitched ceiling, aligning the design with new amenity wings (toilets and shower rooms) and restoring existing infrastructure.

This project was delivered in an accelerated program, with construction completed in just three months. 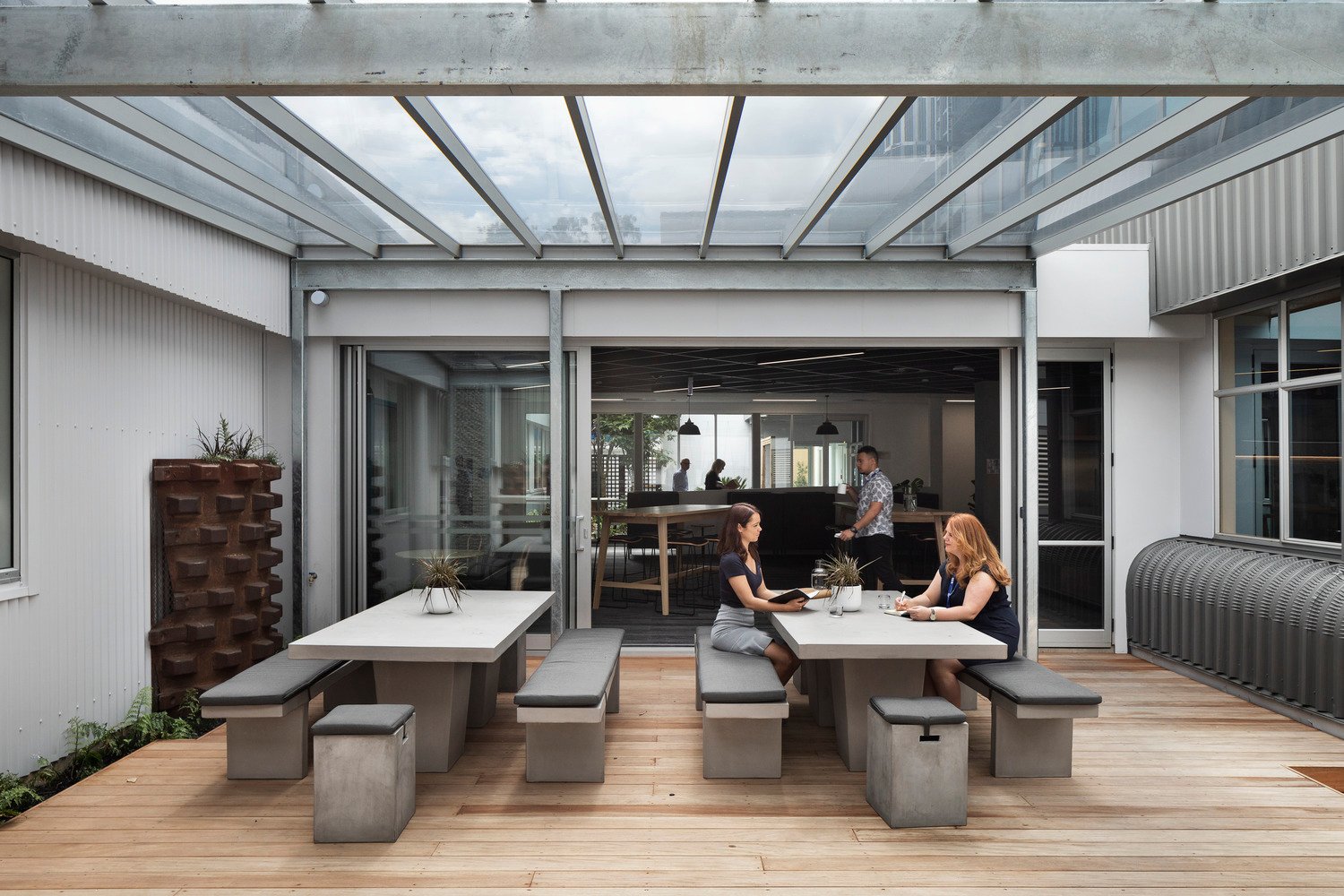