Integrating new identity touchpoints that blend modern architecture with the historic stadium to celebrate the team's meaning and impact on the Rose City.

Bringing together the venue's new brand identity and creating a cohesive connection to the new east side with the historic stadium.

The Portland Timbers are one of the premier franchises in Major League Soccer and enjoy a unique relationship with the city it calls home.

This multi-faceted project included venue brand identity, sponsorship integration, signage and wayfinding design, historical storytelling, as well as distinct branding on three levels of new premium space expansion. A new unified wayfinding system creates a cohesive feel across the original architecture and new expansion, all done with the goal of blending the brand-new east side with the rest of the century-old stadium

An updated brand identity that blends the new with the old.

Create and integrate new identity touchpoints for the century-old stadium: blending modern architecture with functional design, and incorporating Providence’s iconic rising sun into the Major League Soccer crest to reinvent a stadium logo that visually integrates the two brands. In addition, the creation of brand guidelines ensured the successful application of the new identity across the stadium, and in all future materials.

A destination that celebrates the team and highlights a new era of soccer and its impact on the city and community.

This city of Portland loves the Timbers and the Timbers love the city. Partnering with Allied Works Architects, this renovation was about celebrating the team’s meaning and impact on the city and community. The brand storytelling gave the team a voice in the venue and has become a defining feature of the stadium, highlighting a new era of soccer in the Rose City. Together, the elements balance the stories of the team and the city in one facility.

“Different partners have different ideas about what a rebrand means. Having Downstream lead our partner to what a brand experience could be was fantastic.” 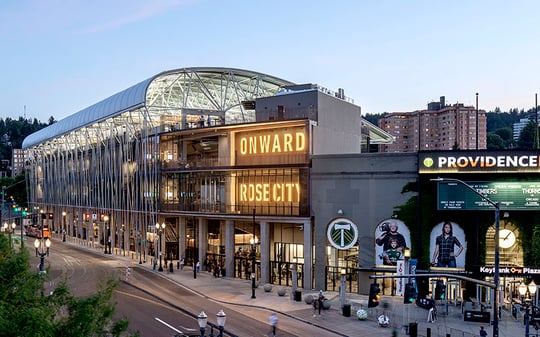 Onward Rose City Sign - Inspired by the city’s marquee signs, this brand moment immediately became the most photographed and shared aspects of the building, resonating so much so with the fans that the Timbers emulated the design in a supporter’s scarf. 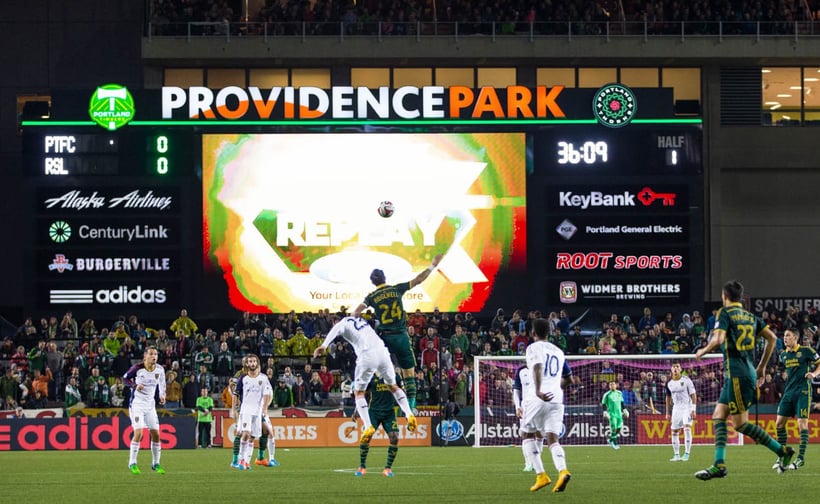 When Providence Health & Services became the new corporate sponsor of Portland’s premier soccer stadium, the Portland Timbers approached us for help developing brand integration and a new stadium identity. The ask: connect new stadium naming and branding with an iconic sports brand to create a new sense of place for fans and tangible business value for the sponsor.

A unified wayfinding system creates a cohesive feel across the original architecture and new expansion, all done with the goal of blending the brand-new east side with the rest of the century-old stadium. 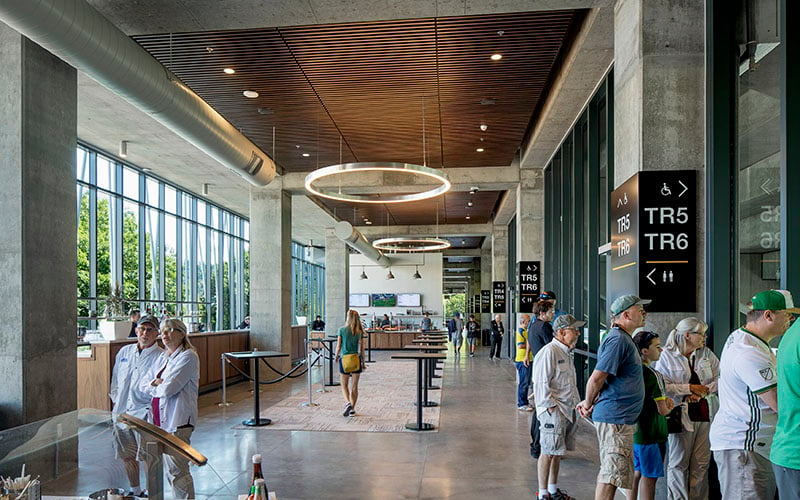 In support of the Timbers stadium brand evolution, our team was asked to create a unique identity for each of the three different premium levels, as well as develop sponsorship integration for each space. 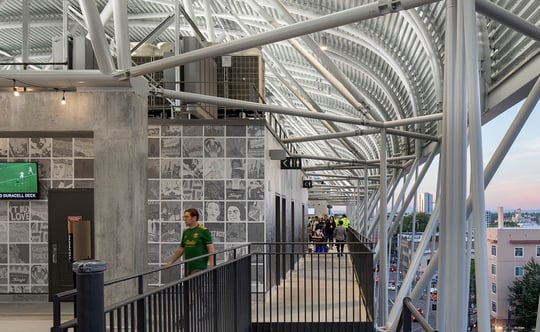 A collage of the Timbers Army’s unique banners from throughout the years tells the story of one of the most recognizable aspects of the team’s passionately dedicated fans. 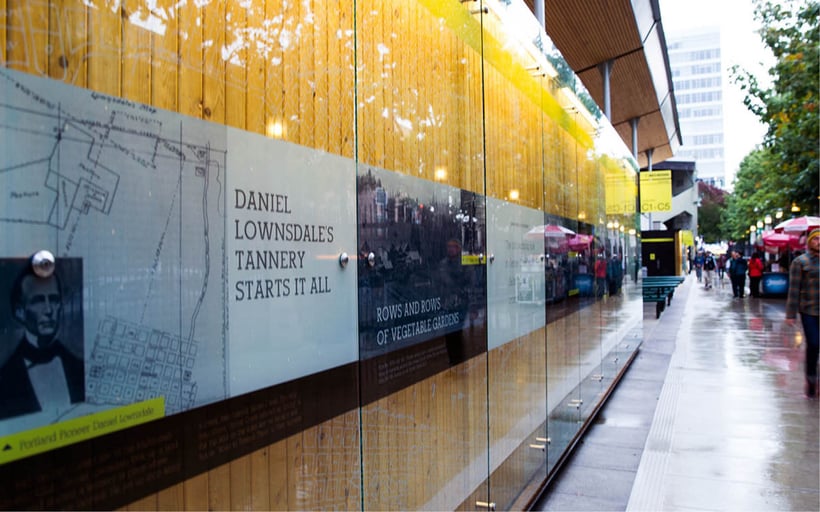 A heritage wall features the history of the stadium site, its neighborhood, and the many threads that tie Portland’s deep connection to what is now known as Providence Park.

Initial concept designs illustrate how the heritage wall extends across corporate suites on the stadium plaza.