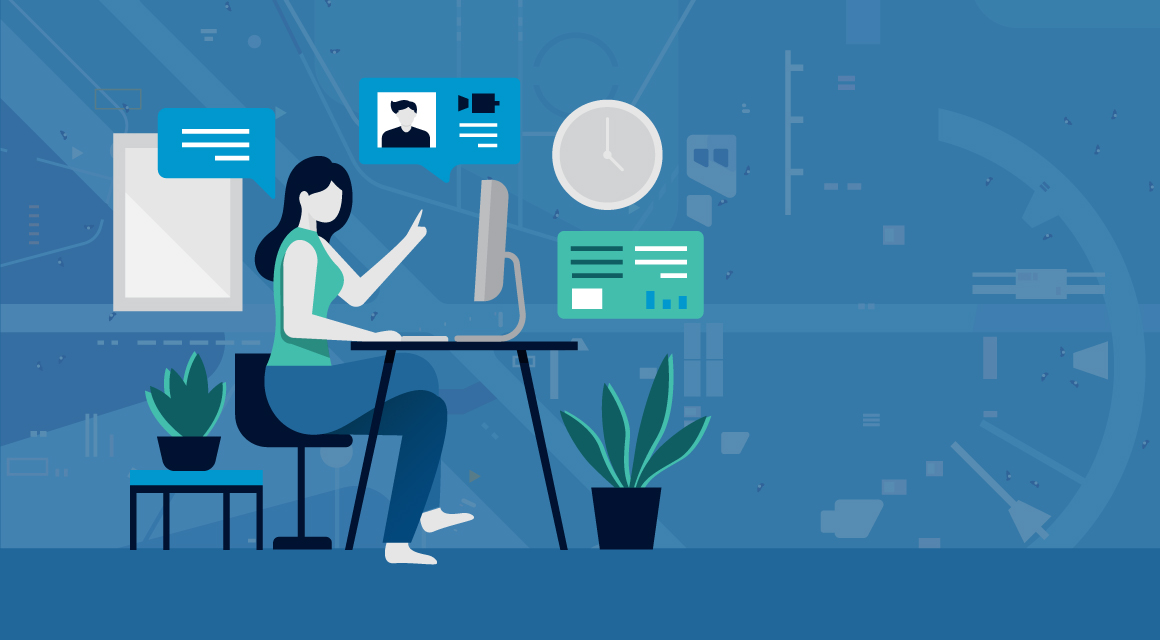 Despite worries about the rise of AI, AR/VR and robotics, it’s good to know that work is fast becoming more human. It took a little girl in a yellow sweater – and a pandemic – to show us the way.

In March 2017, Professor Robert E Kelly – an American political analyst on Korea and an associate professor in political science at Pusan National University – conducted a live video-conference interview for BBC World News from his home office in Busan, South Korea, when suddenly his entire family gate-crashed the interview, one after the other.

It began when his four-year-old daughter, in a bright yellow sweater, burst into the room behind him, marching towards him and flinging her elbows from side to side. Lurching in her wake came her little brother in a baby walker. Then their frantic mother swung into the room, desperately trying to grab the children but ending up on her knees with the world looking on.

Viewers found the interview hilarious. The BBC clip quickly went viral (if you’ll pardon the expression at this time), seen by 39 million people on YouTube alone[i]. It was reported by news stations across the world and shared widely on social media.

Professor Kelly, however, didn’t find it funny. He was very embarrassed by the slip in professionalism: “We were worried that the BBC would never call us again,” he said afterwards[ii]. And for those of us who’ve always made conferences calls, we felt the appalling thrill of realising that it could have been me.

But fast-forward three years, and suddenly this sort of thing is the new norm. Those politicians we’re used to seeing in suits in TV studios now talk to us in casual garb from their homes: we’re free to critique their décor and try to decipher the titles on the shelves behind them. We can do the same thing during the conference calls we’re having, too: it turns out Michael owns a drum kit, and Brenda likes Arabic poetry.

Almost anything can happen on your calls. An over-excited dog may turn over a cup of coffee and cause mayhem at the other end. Or the other person’s doorbell may ring, and they come back a few seconds later to tell you their children’s new trampoline has finally arrived. Or the whole call may be conducted with a tearful one-year-old on your colleague or client’s lap.

This glimpse into one another’s lives feels very warm and human. It’s not just finding out that people are more than their corporate façades, but it’s the conversations we get into as a result. We might discover that Max came from a dog shelter three months ago and has been a godsend for his owners during lockdown. The children getting the trampoline are Lily and Elijah, and trying to home-school them has been chaotic. One-year-old Rosie, a much-wanted IVF baby, is having a tough time teething. And Michael used to be a drummer in a thrash-metal band (but just does local gigs these days), and Brenda once spent a year studying in Jordan.

A boost, not a drain, for productivity

Suddenly, we’re getting to know each other better. We’re connecting in a different way. We’re smiling more; reshaping our relationships. Perhaps when all this is over, we’ll still ask how Rosie and Max are doing, and whether the trampoline is still popular. How Michael’s gigs are going, and whether Brenda’s thinking of a trip back to Amman.

A few minutes spent this way could make all the difference to a working relationship, to landing a deal, to a more successful collaboration, or to the outcome of a job interview.

The COVID-19 pandemic is forcing a massive transformation in the way we work, and many changes will probably be permanent. As tragic and painful as it all is, let’s hope that we can draw a few positives from this time. In becoming a little less corporate, and continuing to divide our working time between the office and our homes, we are continually reminded that each and every one of us is a unique and interesting individual.

We’ve created helpful tips and solutions for making the most of our remote working reality. Head over to our news page to learn how we can turn this inhuman situation into a world that’s a little friendlier, whether that’s through change management strategies or simply improving your technology to avoid a video call mishap.